A Slice of life in Tokyo, a view from the sushi train… 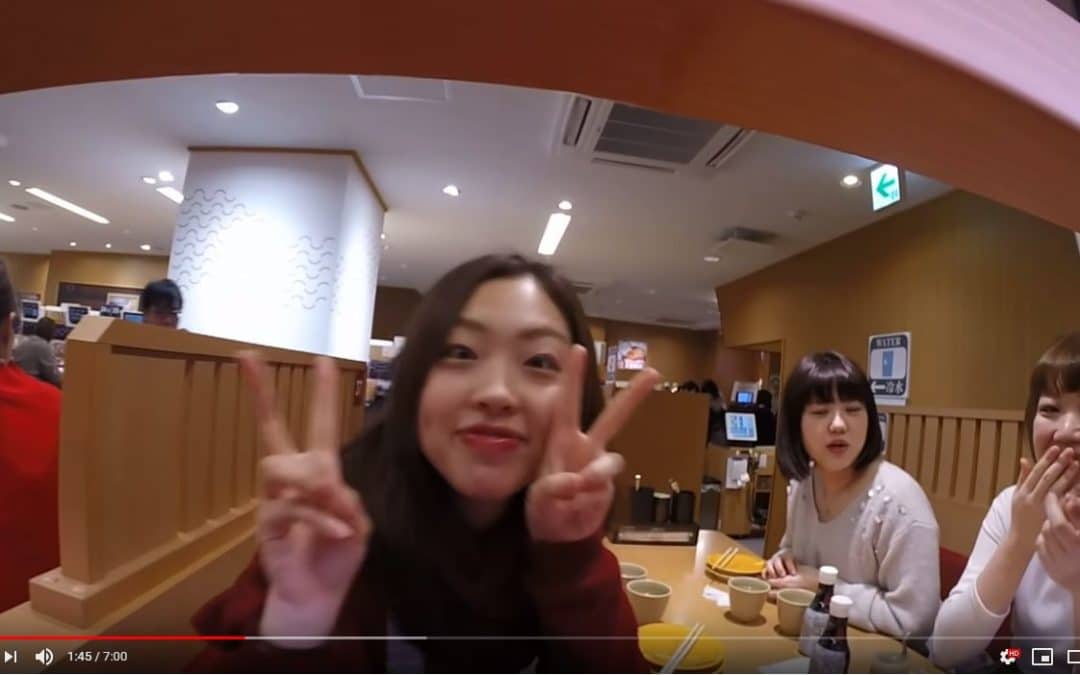 I saw the video below from a tweet by Drew Coffman.

It made me smile.

I couldn’t take my eyes off it. The slice of life realness and the varied reactions of diners are fascinating.

The GoPro image was taken by Vlogger Tkyosam, an American living in Tokyo who captures his adventures on camera.

But apparently not everyone is a fan. Sushiro, the sushi chain featured in in this clip, has banned photography in their restaurants and claim they will prosecute offenders.

Some have claimed there’s a gulf in terms of etiquette between East and West. I’m not sure if cultural differences are a major factor here. Apparently most of the negative reactions have been about privacy and food safety. They sound like pretty universal concerns to me.

Sometimes, it’s harder for people to recognise similarities because they are more concerned about finding differences.