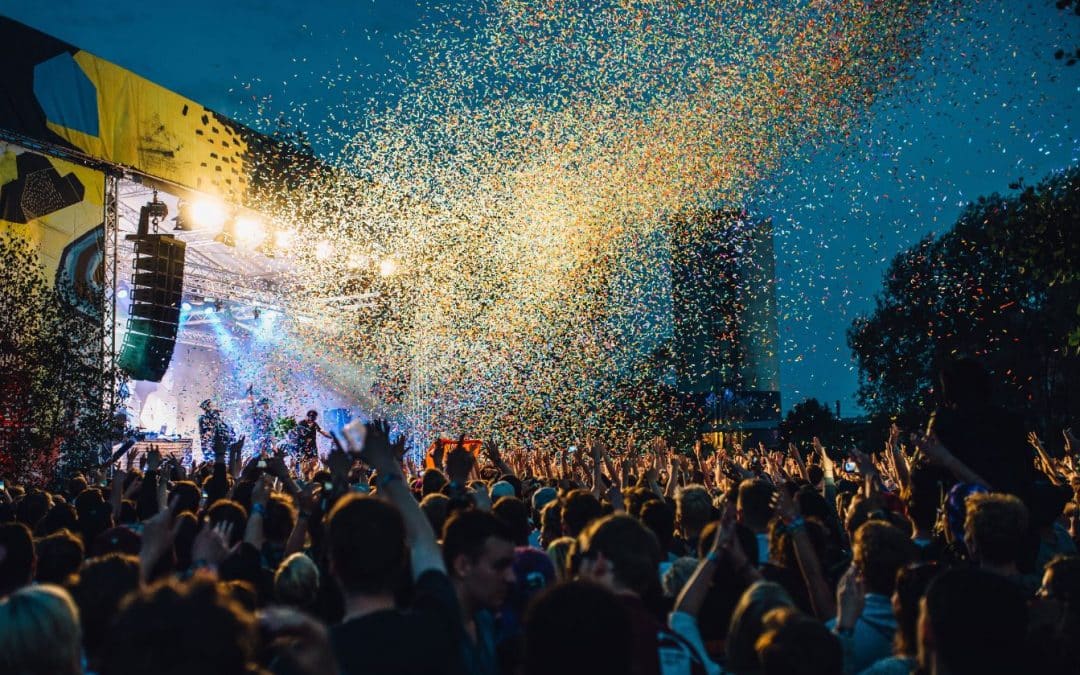 The top languages spoken in Australia confirms our changing diversity.

One in five Australians now speak a language other than English at home.

Growth in Asian and Indian languages are obvious. The most dramatic is Mandarin, now almost double the next largest language group, Arabic. Mandarin has grown by over 170% in the decade to 2016. The total number of Chinese speakers (Mandarin, Cantonese, Wu and others) now exceed 927,000 (our earlier prediction of 1m was pretty close!).

The growth is even more obvious when we graphed the growth (or decline) of the top 5 languages spoken in Australia. 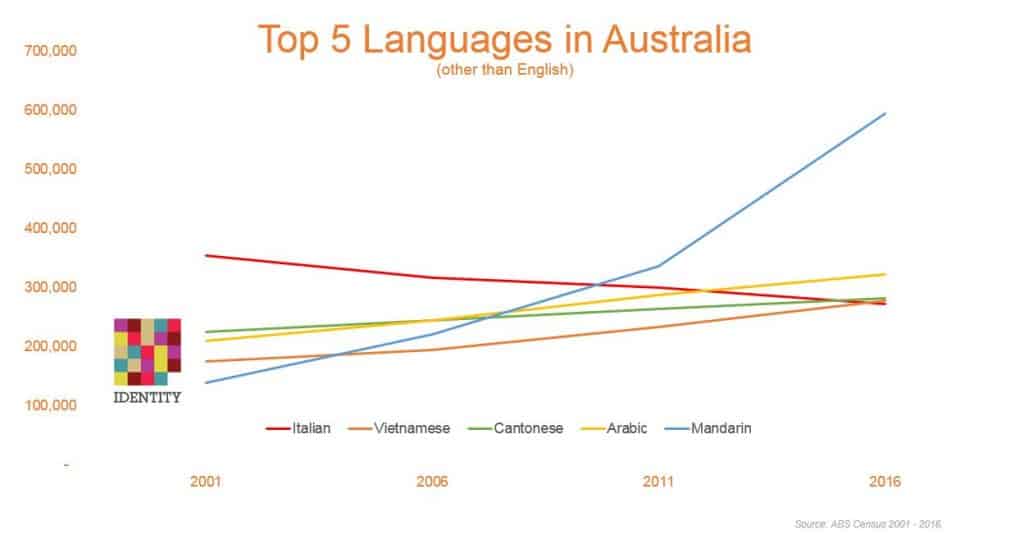 Languages other than English spoken at home, 2016 Census.

You’ll hear dramatic stats about the number of people born overseas or have at least one parent born overseas. This is potentially misleading because it includes those born in the UK, NZ, USA and other English speaking countries.

If you’re looking at targeting people from different cultures who might speak other languages then the table below might be more relevant.