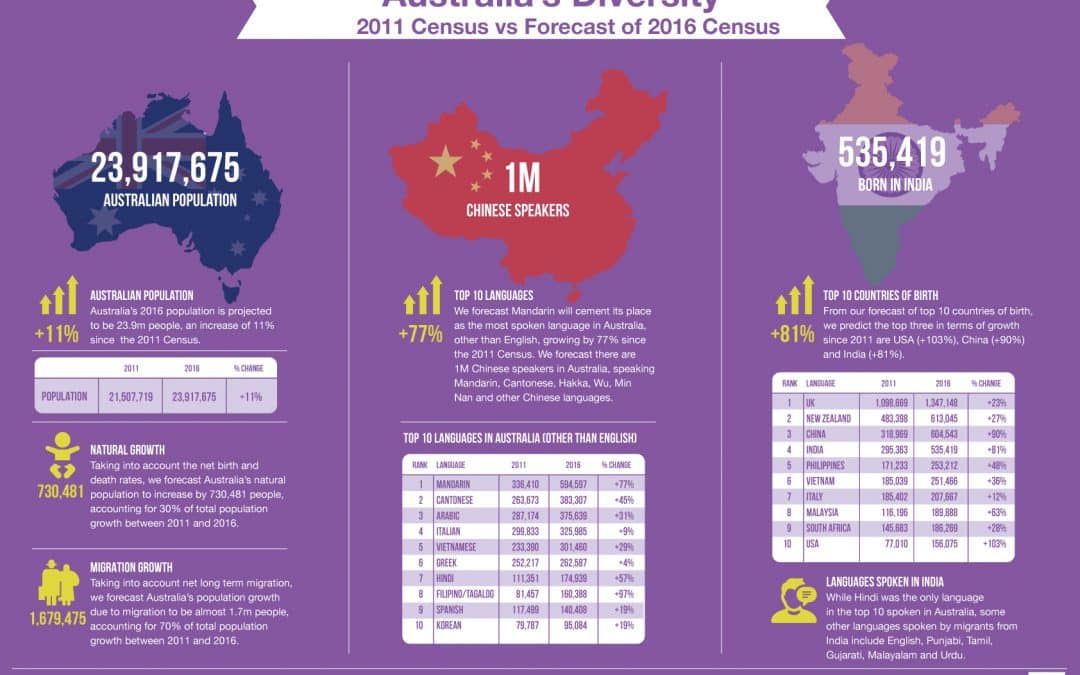 The main Australian Census data is scheduled to be released on 27 June. We couldn’t wait that long. Here’s our prediction…

This month the Australian Bureau of Statistics (ABS) released a teaser to last year’s Census – the ‘typical’ Australian at a national and state/territory level. That has only whet Australia’s appetite for more information. If you can’t wait until the major release in June, we’ve gotten together with sister agency, Cadreon to forecast some key population figures.

Last week, we released our forecast of the Top 10 Languages Spoken in Australia. Lots of great reactions from the community. Thanks for your feedback on social and LinkedIn.

So we collaborated once more with sister agency, Cadreon to forecast the top 10 countries of birth as at the 2016 Census. Cadreon is a leading data and analytics agency with the expertise to build forecast models. IDENTITY Communications, as a leading multicultural marketing agency, brings community expertise. We’ve combined our forecasts of the top 10 languages spoken in Australia and the top 10 countries of birth in a new infographic, below. 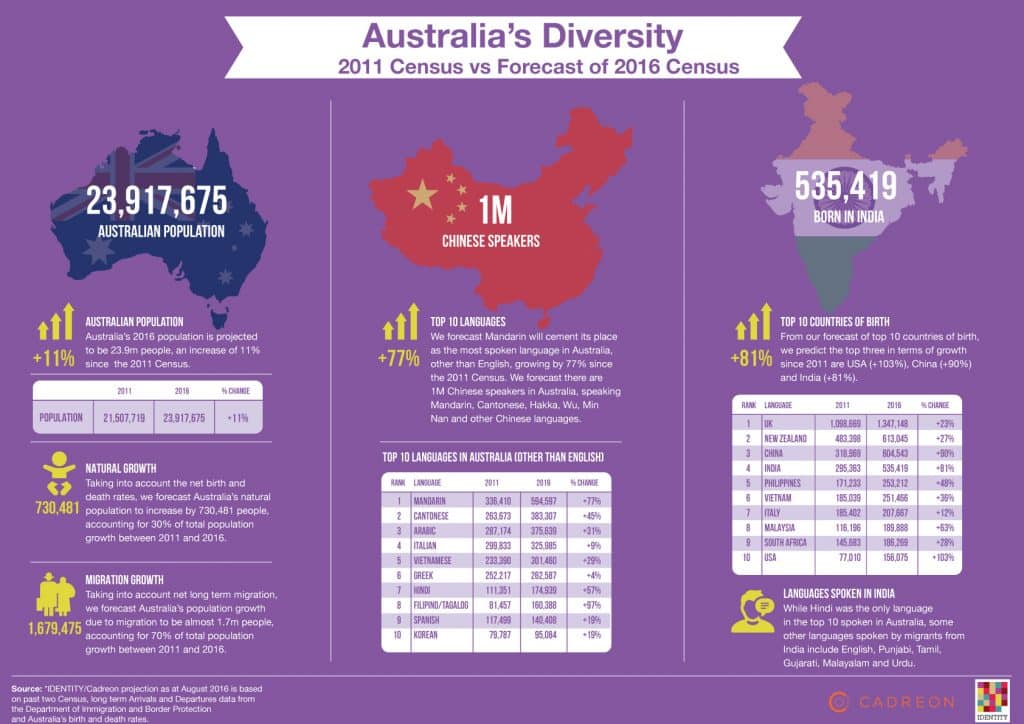 About our forecast model

We started with the 2011 Census and added net monthly long term arrival figures from the Department of Immigration and Border Protection for the months between the 2011 and 2016 Censuses. Monthly data provides a richer data set and also reflects seasonality. We also factored in the birth and death rates. It might sound easy, but I’ve seen Cadreon’s forecast model, lift up the hood and it’s mighty complicated!

How close we’ll get, we’ll find out as 2016 Census data is progressively released.

I’m proud to say that the forecast team is as multicultural as the data set; the model was built by clever Cadreon peeps from Italian and Greek backgrounds, the data came from our team made up of Australians from Chinese, Chinese-Indonesian and Vietnamese backgrounds. You couldn’t get more multicultural and collaborative than that!

Got questions? Want to know more about this model and other intelligent IDENTITY tools? Interested in communicating with Australia’s growing diverse consumers? Contact us.